One year Recap – We are growing!!!

Every so often I run into a friend that asks about this blog. It’s usually followed by an excuse of having little time (to no time) to write. While that is all true, I must admit that the first year of renovations and daily updates were the busiest I have ever been in my life. Sitting on the verge of 40 years old, I realize that if I plan to be ambitious, now is the time. I only half-joke about that…especially since I do find my energy levels and weight-gain going in opposite directions. (still half-joking) Mid-life crisis aside, I wanted to share the last year with my friends and family.

First off, our family is growing at a pace much quicker than my home repair tasks. What was two, is now 3..followed by a fourth in less than a month (give or take two weeks). Before we get to our fourth member of this blog, allow me to introduce you to Dallas. 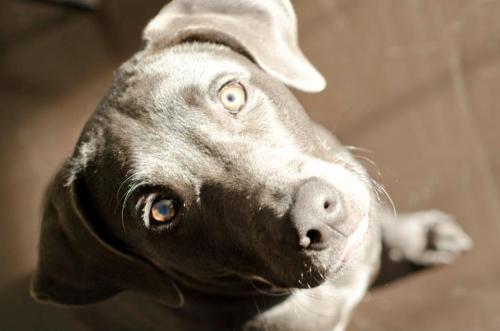 Dallas is our Blue Weimaraner. According to my wife who was suppose to bring back a male pup, Dallas chose her and there was really no other thing she could have done. I hate to admit it, but she was right. Having never been a pet owner, I have to admit its pretty awesome. I find having to restrain myself from bringing out her picture or working her name into a conversation. Seems I have become the kind of person I used to make fun of. With that being said, here’s 1 more pic of Dallas (now 1 years old as of July 14th).

Her usual morning beg which consists of sad eyes and wagging tail. Quickly followed by us letting her lay on the bed while we get ready.

Now onto our latest member of the family. As I type this, we have yet to meet our latest addition, but are very certain that he is a he. We are certain of this as he made it very clear during our gender reveal doctor appointment. Inappropriately so. Having taken 3 years to manifest, we named him Desiderio, meaning “one who is hoped for”. A name that always requires a second or third pass to people that first hear it, becomes much more familiar when we inform them of another person that held that name, Desiderio “Desi” Arnaz.

The house has had some work too. But that’s another post. In the meantime…here’s a preview of Desi’s Room I took with my phone. Stay tuned for better pics coming soon!

Going for a retro industrial and atomic look. That’s a mouthful!

Filed under Our life happenings

As promised,here’s how things are progressing via some photos of these past few weeks…

Left side of house - before (view from driveway)

Front - new windows (with my sexy Dana, not available at Lowes)

ok, back to work…
-jerry

Save The Pink Bathroom

While searching for renovation blogs, I stumbled upon an interesting website that we share one thing in common… PINK! Well, more like peach. The website, Save The Pink Bathrooms http://savethepinkbathrooms.com/ is dedicated to saving 1960s pink/colored bathrooms. I can really appreciate what they are doing, but the only thing saving our current pink-peach bathroom is lack of money to update it.

Just wanted to post these pics of the old knobs and push-buttons from the old General Electric range sitting in our demolished kitchen. With all of the lathe & plaster removed, its the only remnant of the vintage kitchen left…